Although bananas remain in good demand, suppliers and marketers should be prepared for the worst, delegates hear at Ecuador banana convention 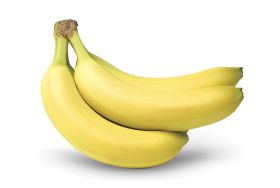 Global banana suppliers are concerned about the possible medium- to long-term impact of the financial situation in key international markets, delegates are hearing at the 18th Acorbat conference, according to a report in Ecuadorean newspaper El Telegrafo.

Luiz Litchtemberg, president of Acorbat International, said that while the banana industry is currently weathering the economic storm, any future impact would affect the entire supply chain.

“It would first affect import countries and then cause knock-on effects for banana producers and exporters,” Mr Litchtemberg explained.

The banana sector remains hopeful that the crisis will not have too severe an impact on the business, according to Romano Orlich, president of the Costa Rica Banana Corporation (Corbana), given that the fruit is in good demand, particularly on the European market.

However, Mirré Philippe, a banana producer from the French Antilles, voiced concerns that in the next few years the trade could find it difficult to sell bananas, especially in Europe and the US, since consumption could be dented by a lack of spending power caused by faltering economies.

In the meantime, Ecuador’s Minister of Agriculture Walter Poveda said the industry cannot increase the price per box of banana until the financial crisis eases.

“Considering the external and internal factors this is not the right time to revise the price,” Minister Poveda explained.

The week-long Acorbat 2008 kicked off on Monday (10 November) at the Simón Bolívar Convention Centre in Guayaquil, Ecuador.