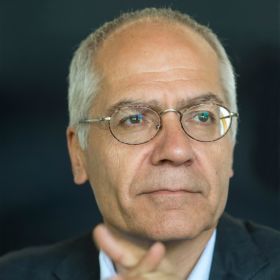 Italy’s largest apple exporter says it has focused more closely on new markets such as India and south-east Asia this season, a direct response to a larger European crop, Russia’s on-going blockade of EU produce and difficulties in reaching new markets to the south of the Mediterranean.

In a statement, South Tyrol-based consortium Vog said it was approaching the end of the current Italian season with increased determination to develop emerging market opportunities, particularly given the pressure on prices exerted by those various factors during the course of the campaign.

“We are coming to the end of a complex business year characterised, from the outset, by various critical elements, the most important of which include: one of the biggest ever European harvests, the strangling of Polish apple exports by the Russian embargo, and political and financial instability in North Africa,” the group said.

In contrast with an overall increase in volumes harvested across Europe, Vog began the season having harvested 10 per cent less than in 2014.

According to the group, good sales dynamics in the autumn and winter led to a 14 per cent reduction in stock levels at the start of March compared with the previous year, making it possible to face the end of the sales campaign with relative calm.

Low temperatures in spring also played a part in terms of encouraging apple consumption, contributing to record sales in April, May and June.

Consortium director Gerhard Dichgans said demand for all red and bi-coloured varieties had been excellent during that period, with stocks of club varieties Pink Lady and Kanzi running out a month earlier compared the previous year.

However, the overall result for growers remained far from rosy thanks to the various adverse factors influencing the market.

“All in all the 2015/16 season performance echoed that of the previous season,” he commented. “Even if prices have recovered slightly, the European market has not yet restored its ‘pre-embargo’ balance. For producers it looks like being a second unhappy year with sale prices equal to or below production costs.”

Early blossoming and good fruit set, meanwhile, point to positive initial forecasts for next season’s harvest, with the consortium expecting a better crop than in 2015 but below the 2014 record.

“The forecasts are less optimistic for Fuji apples with many plants appearing to be threadbare,” Dichgans noted. “But a good increase for club apples especially for Pink Lady, Kanzi and Jazz.”

He added: “The average size of the fruits is slightly higher compared with those at the same time last year. If the climate and summer temperatures give us a hand, we can finally look forward to a new sales campaign with renewed optimism.”