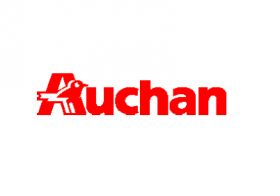 French retail group Auchan has reported an increase in consolidated sales of 9.4 per cent to €18.7bn for the first half of 2008, of which domestic sales in France represented 50 per cent, up from 48 per cent at year end 2007.

Hypermarket sales hit €14.8bn, a 10 per cent increase on the previous year, with 12 new hypermarkets launched in Spain, Ukraine, China and Russia during the period. Supermarket sales grew 4.9 per cent to €3.4bn, or 18.3 per cent of group sales.

Group earnings before interest, taxes, depreciation and amortisation (EBITDA) rose 3.8 per cent to €822m in the first half, with operating income jumping 3.6 per cent to €379m and net income up 1.2 per cent to €174m.

"Despite a negative trend in the purchasing power of our main consumer markets, Auchan Group consolidated achievements arec lose to our objectives, due in particular to the contribution of emerging countries," said Auchan chairman of the board Christophe Dubrulle. "This confirms us in our choice for applying our discount policies. By boosting our investment level by nearly 42 per cent, we have been able to take advantage of growth opportunities and to continue building the group's future."