In an effort to boost online orders, the Belgian supermarket chain has come up with the Direct Cube 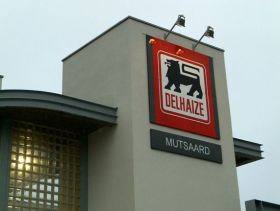 Belgian retailer Delhaize has launched a new concept for the European retail sector in order to encourage consumers to start ordering products online.

At Brussels Central Station, as well as in various other spots across Belgium, Delhaize has installed a cube bearing images of various food products.

By using a special iPhone application, users can scan the barcodes of any of these products, which are then placed in a bag by a Delhaize employee, ready for next-day collection at a pick-up point.

Dubbed Delhaize Direct Cube, the concept is a first for Europe, although it has reportedly been used previously in South Korea.

According to a company spokesperson, Delhaize will be using the cube throughout April and May.