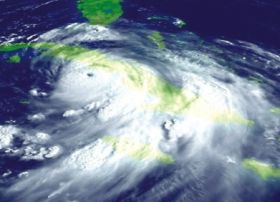 Just one week after Hurricane Gustav made landfall in Cuba, the Caribbean island nation has been ravaged by another major storm, Hurricane Ike, which has hit hard the citrus sector, according to a report by Reuters.

In the east of the country, some 35,000 tonnes of grapefruit and 3,500 tonnes of oranges were felled in the storm, daily newspaper Granma told the news agency, while various processing plants have also been damaged.

Although some volumes of grapefruit were salvaged for the processing industry and animal feed, the newspaper has reported total losses for the orange crop.

Hurricane Ike hit the east of Cuba on Saturday moving across the entire country before exiting in the west on Tuesday.

Cuba’s citrus industry has been battered by a series of weather-related disasters in the last few years, including Hurricane Michelle in 2001, Hurricane Dennis in 2005 and drought in 2005 and 2006.

The National Statistics office also recently reported that Cuban citrus production declined by around 35 per cent from January to end-April this year, compared with the same period in 2007.