Russian authorities have eased the ban on produce from the EU, US, Canada, Norway and Australia, with seeds for potatoes and onions now admitted 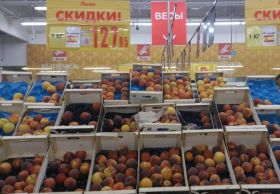 Russia has exempted a number of products from its list of banned agricultural imports, according to a decree issued by the Russian government.

Such products now allowed into the country include seeds for potatoes, onions, sweet corn and peas, the BBC reported.

Prior to the announcement, Valya Varvaritsa, who heads the import department at leading Russian importer Globus, said that the company was still trying to adapt to the situation.

"We will act according to the circumstances," she told eurofruit. "We are sourcing apples locally for the coming two months, so there is no problem for now. For citrus, there is also no need to act, as we are currently in the Southern Hemisphere season.

"However, stonefruit is suffering the most at the moment, since there aren’t so many alternative sources. Thankfully, demand is usually diminishing at this point of the season anyway, so the impact has not been so great."