Set up by a Danish charity, WeFood has secured agreements with a retailer and importers to sell produce at discounted prices 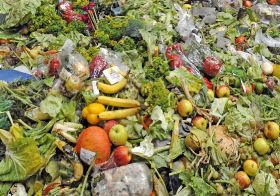 Denmark’s first food surplus supermarket has opened in capital city Copenhagen, according to a report in the Independent, as the country continues to make progress on tackling waste.

Food waste in Denmark has been reduced by a quarter in the past five years, yet it still stands at around 700,000 tonnes a year.

WeFood, set up by charity Folkekirkens Nødhjælp, will seek to make a further dent in this figure by solely selling items from surplus food stock.

To this end, it has forged agreements with Føtex, one of Denmark’s largest supermarket chains, as well as with importers of citrus and organic fruit, while volunteers will be charged with picking produce up from suppliers.

The store will reportedly sell produce at prices 30-50 per cent lower than regular supermarkets, but the charity’s Per Bjerre stressed that the store would not exclusively be for low-income consumers.

"WeFood is the first supermarket of its kind in Denmark and perhaps the world as it is not just aimed at low-income shoppers but anyone who is concerned about the amount of food waste produced in this country,” he said. “Many people see this as a positive and politically correct way to approach the issue."

The Danish minister for food and the environment, Eva Kjer Hansen, backed the concept. "It's ridiculous that food is just thrown out or goes to waste,” she said. “It is bad for the environment and it is money spent on absolutely nothing. A supermarket like WeFood makes so much sense and is an important step in the battle to combat food waste."