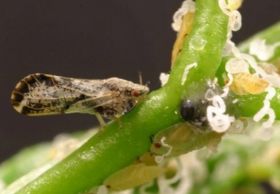 The Andean Community (CAN) has launched a plan of action to combat the spread of HLB, or citrus greening.

The protocol, unveiled on Monday, sets out a series of collective measures that the countries have agreed to instigate, including phytosanitary monitoring, fumigation in sites where the vector insect is found and the exchange of scientific information about the disease.

The plan of action was approved by CAN’s technical committee for agriculture and fisheries, made up of the plant health authorities of CAN’s member countries, Bolivia, Ecuador, Colombia and Peru.

Together with Chile, Peru is the only country in South America where the disease has not yet been detected.

Peru’s citrus industry has grown at a rapid rate over the past decade, with an estimated 1,000ha of new mandarin production being added every year, principally in central coastal regions, in La Libertad and Ancash in the north of the country and in Nazca and Palpa in the south. According to producer association ProCitrus, total citrus exports reached 115,122 tonnes in 2015 and generated US$123m in foreign exchange.

HLB is the most destructive disease affecting global citrus production today. It was first detected in Florida in 2005. Between 2004 and 2011, the Florida commercial citrus acreage and the number of trees decreased by 28 per cent, with greening one of the major reasons for this loss, along with development. As of 2015, the disease was estimated to have cost the Florida citrus industry US$3.6bn in lost revenue.

The disease starves the tree of nutrients, damages its roots and the tree produces fruits that are green and misshapen, unsuitable for sale as fresh fruit or, for the most part, juice. Most infected trees die within a few years and the disease has already affected millions of citrus trees in North America.