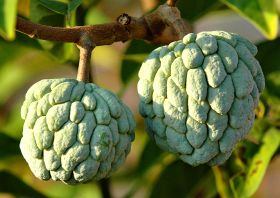 A group of custard apple producers based near Lima, has just carried out its first shipment to Hong Kong and Canada under a government-run programme to develop exports from small growers in Peru’s mountainous and jungle regions.

A 600kg consignment was shipped by air to Hong Kong in the first week of August, followed by a 1-tonne consignment airflown to the Canadian market the following week. The group expects to make further shipments to Canada and Spain.

The Association of Custard Apple Producers of Lucumay is made up of 36 producers who together own around 200ha of production in the province of Huarochirí. With the support of the agriculture ministry’s Sierra y Selva Exportadora agency, the group has invested in plant, materials and equipment to transport the fruit from the field to the packhouse.

There are currently around 1,800ha of custard apple production in Peru, of which 80 per cent are located in Huarochirí. The country produces some 20,000 tonnes a year. In 2015 exports totalled US$660,000, a 323 per cent increase on the previous year’s total of US$156,051. Canada, Spain and France are the main export markets.