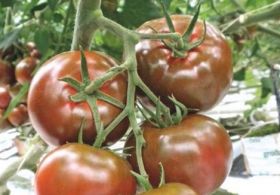 Saudi companies are increasingly opting for Turkish imports of fruit and vegetables, attracted by Turkey’s wide range of products and competitive prices, according to Turkey’s Daily Sabah.

Saudi Arabia will reportedly purchase 120,000 tonnes of fresh fruit and vegetables from Turkey in order to keep up with demand during the Hajj season.

In May, a team of buyers from Saudi Arabia visited various parts of Turkey to seek out possible collaborations. Partly as a result of these visits, Turkey’s fruit and vegetable exports to the country rose to US$68m for the first half of 2016, up from US$41m for the whole of 2014.

Airfreight remains the preferred means of transportation, though flights to Saudi Arabia have a limited daily capacity of 70 tonnes, according to Turkish Airlines.