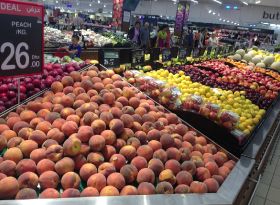 The deal includes 26 Géant hypermarket stores in the UAE, Bahrain and Kuwait, plus four Gulfmart supermarkets in Bahrain.

According to Majid Al Futtaim, all 30 stores will be rebranded under the Carrefour banner by the end of the year.

The purchase boosts the group’s number of Carrefour-operated outlets to 80 in the UAE, 11 in Bahrain and eight in Kuwait.