Potato growing area on the rise

Production area is increasing across northwest Europe, although this will not necessarily lead to higher volumes 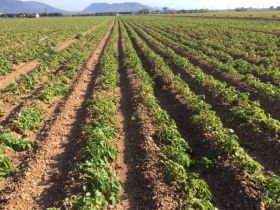 New data from the Northwest European Potato Producers group (NEPG) has found that the area dedicated to the production of potatoes is on the rise in northwest Europe, covering the countries of Belgium, France, Germany, the Netherlands and the UK.

Despite this rise in growing area, NEPG said that it was no guarantee of greater volumes, and that rather the climatic conditions through the remainder of July and August would be the deciding factor.

Demand for the region's potatoes is set to climb this year to reach 750,000 tonnes, NEPG noted.