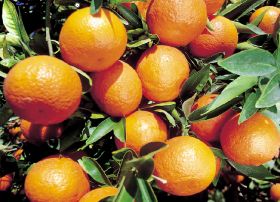 Egypt’s expanding citrus acreage is destabilising the European market and threatening Spain’s dominance as a supplier according to the Citrus Management Committee (CGC), the umbrella group for the main private producers in Spain.

Egyptian exports have risen by 66 per cent in the last five years and growth is set to accelerate in the coming decade thanks to a government plan to transform more than 200,000ha of desert south of the Nile into irrigated farmland, the committee told Spanish daily El Mundo.

Following years of political upheaval, the government of General Abdel Fattah al Sisi has decided to revive the Toshka Project, an investment programme building a system of canals and wells to bring water from Lake Nasser to the Sahara.

The scheme involves the drilling of more than 5,000 wells, the first 600 of which are already underway.

A total of 36 producers and exporters have put in bids following the opening of the auction process for the first 210,000ha of land in October 2016. The plots being offered range from 840ha to 42,000ha in size and therefore favour larger operators.

The declared aim of the Toshka Plan is to solve Egypt’s food deficit and the new land was originally destined for the production of maize and wheat.

But the CGC said the premium derived from high-value horticultural exports such as citrus has led to large producers taking over the project. It noted that one exporter has put in a bid for 6,600ha, of which it plans to allocate 30-40 per cent to oranges.

Egypt’s decision to focus almost exclusively on oranges (notably Valencia and Navel) means it has overtaken Turkey and Morocco in terms of sales volume to the European Union. Last year orange exports totalled 270,000 tonnes, up from 180,457 tonnes in 2013/14, and this season exports are on course to top 300,000 tonnes.

Unlike counterseasonal suppliers to the EU like South Africa, Egypt’s harvest coincides with Spanish production, with the bulk of its volume being shipped to the EU between January and April.

The CGC says Egypt’s lower labour costs allow exporters to pursue an aggressive pricing policy which is further enhanced by the government’s monetary policy which has seen successive devaluations of the Egyptian pound in recent months.

Morever, the committee says that less stringent regulations covering the use of phytosanitary products to control pests and diseases is a form of unfair competition that extends well beyond EU borders.

“The positive orange campaign that Spain was enjoying in China (where shipments volumes have risen from 12,500 tonnes to around 20,000 tonnes) was cut short by the arrival of Egyptian oranges on the market,” CGC said.

Egypt has also benefited from the Russian veto on European agricultural products by filling the gap left by the absence of Spanish oranges on that market, the committee added.

It blames Brussels for its lax approach to import tariffs, which it claims cannot be justified as Egypt’s citrus industry does not contribute to helping the lives of the most disadvantage cititzens but rather “is concentrated in the hands of a few large-scale producers”.

For example one company, Frutella, has 12,120ha of production – 3,000ha more than Spain’s biggest producer, Martinavarro, while Egypt’s biggest exporter, Agreen, owns two farms that together cover 6,500ha and has put in a bid for part of the new Nile expansion plan.