More than 45,000 tonnes of the variety are expected to be sold this season 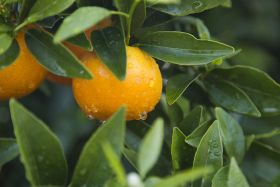 The Orri mandarin is outperforming other varieties for the second year in a row according to the Orri Running Committee (ORC), the association that oversees its production and marketing.

“The Orri variety is the most in-demand mandarin on the market for the second year in a row, with an average production price of €1.10/kg,” said the ORC.

Spain is the only European country where the variety can be produced legally, and the likes of France, Great Britain, the Netherlands, Belgium, Germany and Austria rank among its main markets.

The committee noted that “following the trend of previous campaigns, it is predicted that Orri mandarins will continue pushing ahead of competing varieties which coincide with its ripening period thanks to its quality and the strict management of its ownership rights”.

The clampdown on illegal plantings prompted TEO, who holds the Orri license for Spain and Portugal, to mount 90 legal actions last year, corresponding to approximately 172ha and more than 80,000 trees.

Additionally, and with reference to all the legal actions currently being undertaken, TEO said it had managed to close 16 of the cases it had begun. This involved the uprooting of more than 3,000 trees.

“In addition to the actions being directed against illegal producers, TEO has also taken legal action against specific fruit commercial entities of the Orri vegetable variety originating from the illegal exploitation of the same,” the committee said.

“During 2018, as the year progresses and stronger evidence is collected which proves illegal exploitation, further legal action will be taken.”

TEO relies on an innovative genetic identification system which uses molecular markers to differentiate Orri from other varieties on the market “with utmost confidence”.