South African avo market on the up 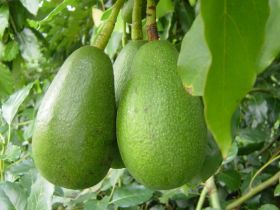 Fuelled by steadily increasing demand from both the local and international markets, the South African avocado industry is looking forward to a good year.

Domestically, South Africans can look forward to receiving about 40 per cent of the total crop of fresh avocados, demonstrating the results of a highly successful promotional campaign targeting consumers.

Half the crop will be exported and a further 10 per cent will be processed into products such as guacamole and avocado oil.

Derek Donkin, CEO of the South African Avocado Growers Association (SAAGA) said that, with the considerable health attributes of avocados gaining greater recognition around the world, demand is on the rise.

“The South African industry is gearing to keep pace with commercial avocado plantings in South Africa totalling 17,000ha and growing by approximately 1,000ha every year," he explained. "This expansion ensures that the industry is able to accommodate the growing local and export market.”

Although the local South African avocado season traditionally runs from March to October, plantings have expanded into areas where cultivars can be harvested through November and December.

“This not only means that South Africans can enjoy year-long availability, it also reduces the country’s reliance on imports from the Northern Hemisphere,” said Donkin.

He noted that, besides catering to consumer needs, the industry’s growth carried several advantages, including much needed job creation in rural areas.

South Africa has traditionally been one of the top three exporters to Europe and SAAGA is working with the South African government to gain access to markets in new territories, including the US, China, Japan, India, Thailand, South Korea, Israel, Vietnam and Mexico. Negotiations with these countries are underway.

“The robust health of the export market has informed a number of new developments within the industry,” Donkin outlined.

In terms of varieties, Donkin explained that while green-skinned avocados are still available in abundance, Hass-types make up the majority of the new orchards that have been planted, as the international market shows a marked preference for this type.

"This has benefits for the local market, too, as South African avocado lovers will also enjoy the presence of greater numbers of Hass and other dark-skinned avocados on the shelf," he added.