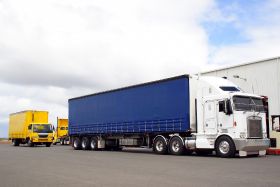 The South African fruit export sector has warned that a lack of sufficient truck capacity to transport the 3m tonnes of containerised fresh fruit in 151,000 Hi Cube containers which is expected to be produced by 2020, will have a major negative impact on the country's agricultural sector and could severely hurt export volumes in the future.

This comes after news emerged last week that new regulations regarding the height of these containers when transported on the fleet of trailers currently used by haulers on South African roads, will be enforced from 1 January 2019.

This has already resulted in the port company Transnet Port Terminals (TPT) warning that it will not off-load empty High Cube containers from vessels in South African ports from 1 November 2018 unless shippers and haulers can prove that they are able to forward them on..

Haulers have indicated that they will only be able to give these assurances until December 2018, warning that from 1 January 2019, if nothing changes and empty containers arrive in South African ports, they will very quickly block the ports.

The fruit industry has now issued a memorandum via its umbrella body, Fruit South Africa, indicating that the enforcement of the new height restrictions will threaten the future of the R24bn export industry.

Hi Cube containers, when transported on a standard 1.6m-deck height trailer, result in an overall height of +/- 4.5m, 20cm over the legislated limit. There is not nearly enough container trailers of the lower height required available in South Africa to legally transport the Hi Cube containers on South Africa’s roads.

The implementation of the new legislation following the expiration of a moratorium which has been in effect since September 2011, at the end of December, is putting the government at loggerheads with the entire South Africa export fraternity, as well as road transporters

“In 2013 South Africa’s GDP was R3.9tn with agriculture in general’s contribution 2.5 per cent of national GDP (R98bn)," said Fruit South Africa. "The fruit industry is a major contributor to the agricultural contribution to the economy of the country. In terms of foreign currency earnings the fruit industry also contributes significantly to the country’s balance of payments by annually earning almost R23bn in foreign currency."

Fruit South Africa said that at present implications for the 2019 season and subsequent years are difficult to predict accurately.

“Should there be no resolution prior to the year-end and the current low number of low-deck trailers be the only option for road haulage of full and empty reefers, the risk of a severe drop in exports has to be considered," the group noted. "Such a drop has the obvious and immediate effect on the entire industry and importantly may see foreign customers review their demand for South Africa produce in the future.”

Fruit exporters will need to prepare contingency plans which may include the transport of higher break bulk volumes into cold store in the vicinity of ports.

The space in these facilities is, however, already constrained and will be at a premium. Transport from store to terminal will require either the use of the limited number of 'legal' trailers or some dispensation from local traffic authorities for short hauls.

Fruit South Africa said rail transport was currently a focus of the industry with plans to increase rail volumes. “However current capacity constraints around reefer-equipped train sets means that there is no possibility of an immediate and material increase in rail traffic. Though rail does take traffic off main routes, the “last / first mile” still requires road haulage.”

It is pointed out that the fruit industry will be in direct competition for equipment with other importers and exporters who utilise both general purpose (GP) and reefer High Cube containers.

“Without a substantial national fleet of available vehicles the consequences to a number of industries will be severe," Fruit South Africa warned. "However, the impact on the fruit export industry has the most critical consequences considering the risk levels involved in fresh exports.”

The organisation's position on the matter is that the present moratorium be extended for a further three years to allow for further investigations and solutions to be implemented.

Fruit South Africa said it had requested the country’s Department of Trade and Industry (DTI) to consider the economic impact of the enforcement of regulation 224(b). It also requested the DTI to engage formally with the Department of Transport (DoT) in order for the DoT to consider Fruit SA’s arguments that a further extension would allow for proper solutions to be found.