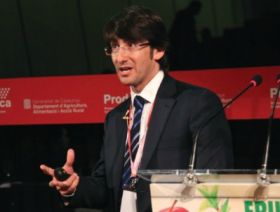 British consumers would pay up to 20 per cent more for Spanish fruit under a no-deal Brexit, according to analysis from Catalan fruit association Afrucat.

At a press conference held on Tuesday on the repercussions that Brexit could have on the region’s fruit exports, the association said that if customs duties were applied under WTO rules following a hard Brexit, peach and nectarine prices would increase by 18 per cent, apple and pear prices by 9 and 4 per cent respectively, apricots by 20 per cent, cherries by 6-12 per cent, mandarins by 16 per cent and oranges by between 3 and 16 per cent.

In terms of overall volume, the UK takes around 4 per cent of Spain’s total peach and nectarine production, 2 per cent of apples and less than 1 per cent of pears.

However, between 73 and 80 per cent of the peaches and nectarines sold in the UK are of Spanish origin. The corresponding figure for apples and pears is less than 3 per cent.

“For that reason, our companies are following very closely all the changes that could occur over the next month.”

Simon noted that Spain had overtaken Italy as the dominant peach and nectarine supplier to the UK “because of the quality and sweetness of our offer…even though Italy’s is cheaper than ours”.

Afrucat said a disorderly Brexit, with no transition period, would have serious consequences for Spanish produce suppliers with regard to the circulation of goods, increased customs controls, phytosanitary requirements, quality, labelling and tariffs, which could vary between 4 per cent and 20 per cent, depending on the product and the period.