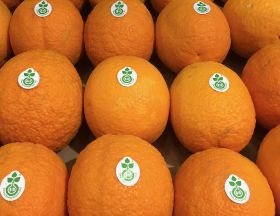 Soil must be at the heart of efforts to tackle the climate crisis while we feed a growing population, according to Johannes Eisenbach, coordinator of Organic Marketing & Export Network (OMEN), whose discovery of what he terms “biocyclic humus soil” may be central to boosting yields and reducing growers’ reliance on chemical inputs in the coming years.

“Thirty per cent of urban food needs can be met by urban production on roofs or by using vertical farming,” states Eisenbach concerning increasing urbanisation. “The key to success will be humus soil. When you give this material to a plant, you can solve so many problems.”

Not even Eisenbach could have predicted the eventual efficacy of his compost, made from the leftovers of the olive harvest and grape pomace, after it had been accidentally left to age for years. Laboratory tests revealed that the compost was unusually high in nitrogen, good at holding moisture, releasing pure water with no leaching of nitrates, and efficient in binding carbon dioxide in the soil, while vegetable yields grew larger and larger.

“We have observed and statistically proven that yields of crops grown directly in this material are two to three times higher than conventional systems, including artificial fertilisers and sprays,” says Eisenbach. “This is revolutionary.”

Johannes’s daughter, Lydia Eisenbach, mentions her surprise at the sheer size of the produce. “The salads and tomatoes were extremely large,” she says. “The tomatoes grew a stem that was around twice the usual size.”

For producers looking to lower their costs, such a discovery could be crucial. “When a plant decomposes, the carbon returns to the atmosphere,” she says. “We call it humus when this carbon is temporarily in the soil rather than the air. However, the miracle with humus soil is that this is not a temporary process. There is a way to bind the carbon for centuries.”

“The specific carbon structure of humus soil means that the nutrients are no longer water-soluble,” continues Johannes. “A plant has two methods of absorbing nutrients – a ‘passive’ mechanism through water, where the plant isn’t able to filter what is dissolved in the water, including contaminants – and more ‘active’ mechanisms, like the production of acids or the interaction of root cells with other organisms like mycorrhiza, mechanisms that allow the plant to select the specific nutrients it needs according to its growth stage. A plant that always gets its nutrients through water will not activate these innate ‘active’ absorption mechanisms. Seedlings or young plants have particular needs, so normally you have to be careful not to overfeed them for fear of burning the root system. But with humus soil, the plantling can actively select among all the nutrients in the soil, which results in optimum growth at all stages.”

Eisenbach’s aim now is to disseminate his knowledge on creating humus soil, while continuing to investigate the conditions that might speed up the process. “Nature takes time, so we might have to accept you need 4-6 years,” he says. “The material we’re currently packing is 12 or more years old. We’re in contact with universities in Greece and Germany to better understand what’s going on with the carbon structure of the soil.”

Eisebach is establishing its Biocyclic Vegan Standard worldwide, with initiatives now in Greece, Germany, Austria, Hungary, the Netherlands and France, plus interest in Italy, Romania, Ukraine, Argentina and parts of Africa.

“The Biocyclic Vegan Standard is just a quality seal, but we would like to create a brand with a simple environmental message,” he says. “We want to get the compost in the supermarkets, including in the UK, and we want to get closer to consumers, to those with concerns about animal welfare, ethics and climate change. We have spoken to some buyers, but they are focused more on price and volume. We have a product that is very interesting to consumers. There are kids protesting against climate change all over Europe. Things are changing, and we are getting ready.”