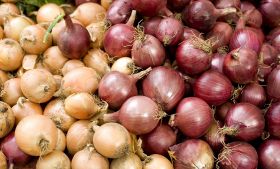 India’s recent ban on onion exports in order to control soaring local prices has led to shortages in the UAE, according to a report in the National.

Following damage to the Indian onion crop from excess rains and a subsequent reduction in volumes available, the Indian government imposed a minimum export price of US$850 per tonne in September, almost three times the normal price, before the Ministry of Commerce and Industry this week announced the complete prohibition of exports until “further orders”.

Fresh produce suppliers in the UAE have reportedly turned to imports from Iran, China, Pakistan and Egypt, while Indian onions still left on the market are fetching as much AED6 (US$1.60) per kilogram on retail shelves, up from around AED4 (US$1.08).

In the first four months of the 2019-2020 financial year, global exports of fresh and chilled onions from India were worth more than US$154m.