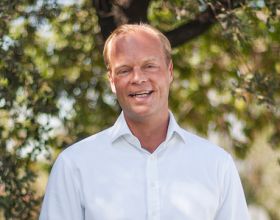 Planasa has appointed Michael Brinkmann as the new group CEO. He replaces Alexandre Pierron-Darbonne who has been at the helm of the company for 18 years and remains as a shareholder.

Brinkmann was previously CEO of SanLucar, having joined the company in 2013 as CFO.

Planasa said the appointment would strengthen its business strategy, which “focuses on innovation, operational excellence and international expansion to become the global leader in berry breeding, supported by efficient and top-quality nursery operations”.

In the past few years, Planasa has transitioned from being a local player primarily focused on strawberries to becoming an international business with operations in 13 countries, with a network of partners worldwide and a strong focus on the whole soft fruit category.

The Group also works in the garlic, asparagus, endive and tropical fruit segments. Over the past five years, the company has registered an average annual growth in revenues of more than 15 per cent.

“I would like to thank the Board of Directors for the confidence they have placed in me by appointing me as CEO,” Brinkmann said.

“I take on this new opportunity with great enthusiasm and respect, in the full knowledge that Planasa is a great company, made up of an exceptional team of professionals and with a great future ahead.”