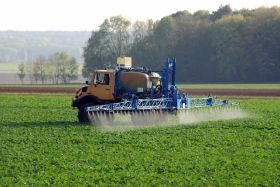 The European Food Safety Authority (EFSA) has released its latest report on pesticide residues in food in the European Union.

The report, utilising data from 2019, offers a snapshot of residue levels found in a basket of products widely consumed in the EU.

A total of 96,302 samples were analysed in 2019, 96.1 per cent of which fell within legally permitted levels, EFSA revealed.

For the subset of 12,579 samples analysed as part of the EU-coordinated control programme (EUCP), 98 per cent were within legal limits.

Of those samples analysed, 6,674 (53 per cent) were found to be free of quantifiable levels of residues. Some 5,664 (45 per cent) contained one or more residues in concentrations below or equal to permitted levels, while 241 (2 per cent) contained residues exceeding the legal maximum of which 1 per cent led to legal actions.

The coordinated programme covers similar baskets of products on a three-year rotation, which means upward or downward trends can be identified for specific goods.