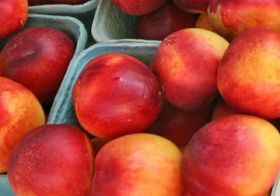 Europe’s stonefruit sector has advised distributors to stay vigilant as they warn of a “significant” shortage of peaches, nectarines and apricots this year caused by the severe frosts that hit production in April.

The annual European stonefruit conference, Medfel, in late May estimated that the region’s 2021 peach and nectarine crop is down 36 per cent on the five-year average – representing one of the smallest European harvests in the last 30 years. Meanwhile European apricot volumes are down 40 per cent compared to the 2015-2019 average to 343,502 tonnes.

This volume could shrink further, stonefruit leaders warned, if producer countries encounter unfavourable weather, such as extreme heat or hail, in the summer months ahead.

Nearby Greece predicts an “historically low” peach and nectarine year of 360,000 tonnes – half the volume of a ‘normal’ year; and France estimates a sizeably diminished peach and nectarine crop of 119,400 tonnes, with nectarines particularly badly hit, and an apricot harvest of 47,443 tonnes – down 64 per cent on the five-year average.

“There will be a significant lack of European stonefruit this year,” Medfel’s moderator and produce head at the Pyrenees-Orientales department of agriculture Eric Hostalnou told delegates at the virtual event. “We need to stay vigilant.”

Georgios Kantsios, head of Greek cooperative Asepop, warned it would be “difficult all year”. April frosts caused a great deal of damage and losses in production, he said, and it is difficult to know how the trees will cope in the months ahead. “Will they keep their fruit?” he asked. “We have the whole summer in front of us, and we don’t know what will happen in terms of heat, rain and hail, and so on.”

Bruno Darnaud, representing French peach and apricot production, described a “chaotic” March and a devastating April when nighttime temperatures fell to -6C halving nectarine volumes. “This year our harvest will be around eight days late, with an irregular start. And we still don’t know what lies ahead,” he said.

Peach and nectarine production in northern Italy was particularly badly hit by the April frosts, with growers there losing 70 per cent of their crop, Elisa Macchi, CSO director, said.
“It’s really not a great situation, because this is the second year we have been hit by devastating frosts. It’s a very critical year for us.”

Although Spain’s peach and nectarine volumes where comparatively less affected with a 20 per cent crop in average volumes, Javier Basols from the federation of Spanish cooperatives said this loss was nonetheless “significant”.
“We had very unfavourable weather,” he said. “February was good, March was bad and April was particularly awful – we had eight nights when temperatures fell below zero. And we’ve had much lower May temperatures than usual.”

This year’s depleted European harvest comes after a particularly challenging 2020 season, when supplier countries where hit by frost and hail which cut volumes, as well as the additional labour difficulties posed by the coronavirus pandemic.

In Spain, stonefruit growers continue to scrub orchards, Basols revealed, due to year after year of low prices.

“These last years, we are scrubbing hectares due to low prices. Spain’s stonefruit acreage is down by 10-15 per cent, and this trend is set to continue,” he said. “We need to recoup consumption as this is not a good trend.”