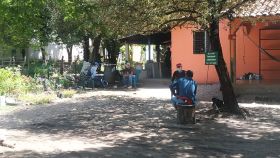 Fyffes has said it has concluded its first community needs assessment in the surrounding communities of its melon farms in Choluteca, Honduras.

According to the company, during the months of July and August this year, 900 community members took part in anonymous, confidential interviews conducted by independent consultants.

Community members were surveyed on their economic, environmental and social concerns, as well as how Fyffes subsidiary SOL impacted them.

Fyffes has a seasonal business in Honduras that exports melons to North America during the winter months. The region of Choluteca where Fyffes melon farms are located is a relatively poor region and is part of the so-called ‘dry corridor’ of Central America.

The Fyffes operation employs 5,000 to 8,000 workers during the season providing "significant economic stimulus" to the region.

The purpose of the community needs assessment was to inform Fyffes' approach to community engagement and investment in the region, as well as to inform its local environmental and labour policies and practices in order to mitigate any salient human rights concerns and prevent any negative impacts on the environment and health of Fyffes neighbouring communities.

"This community needs assessment will be used as the basis for a programme of work to help Fyffes achieve its stated target to ensure 100 pe cent of our neighbouring communities are engaged in resilient socio-economic community projects out of our four community investment focus areas; nutrition, climate change resilience, gender and education; by 2030," Fyffes said.

Over 80 per cent of respondents said they wanted to see employment opportunities in the region improve.

Fyffes said that over 90 per cent of the respondents said the company did not have negative environmental impacts on the environment, however just over 50 said extreme weather events were causing damage in the community.

48 per cent of the respondents worked at Fyffes melon operations during the most recent season, 57 per cent having worked at some point during previous seasons.

As a result fo the assessment, Fyffes has agreed several actions to address the findings of the survey among other commitments.

These include rolling out human rights training for 100 per cent of its workers, permanent and seasonal; publishing a hiring policy in a more accessible format for seasonal workers and train caporales and human resources on the policy; and running an awareness campaign for employees and the communities on both local and global grievance mechanisms, including the Fyffes Ethics Hotline.

The company has also pledged to explore mechanisms to improve services provided by the company-funded medical clinics, continue with existing focus for donations on education, nutrition, climate change and gender equality, and explore partnerships with NGOs on housing needs in the local community.