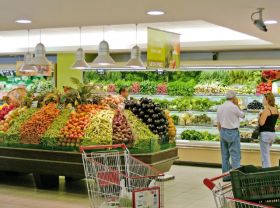 France-based retailer Groupe Casino has reported that consolidated net sales rose 9.3 per cent during the fourth quarter (Q4) of 2008 with organic growth of 3.9 per cent – a result described by the group as "satisfactory" in the current international economic climate.

Sales in France increased slightly by 1.2 per cent, with nearly two-thirds of net sales generated by convenience and discount formats, with international sales growing by 29.4 per cent.

French sales, which increased by 3.6 per cent year-on-year, were driven by Franprix-Leader Price sales (up 8.8 per cent,) and sales by convenience formats (up 4.7 per cent) which pushed Casino Supermarket sales up by 7.5 per cent.

International operations for 2008 contributed 35 per cent of consolidated net sales for Casino, with organic growth of 12.4 per cent in South America, 13.3 per cent in Asia and 11.6 per cent overall. The results were aided by selective expansion in Brazil, Colombia and Thailand, Casino said.