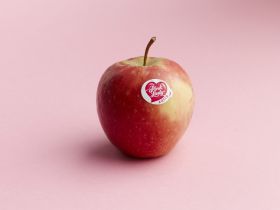 Pink Lady has revised down its harvest estimate for the 2018-19 season, predicting a stable volume of 175,000 tonnes as opposed to the 195,000t previously forecast.

The new figure is only a slight decrease on the volume achieved in the last two seasons (around 178,000t) and a 17 per cent increase on the 2014-15 season total.

Despite climatic conditions delaying harvest, fruit sizes remain stable and Pink Lady Europe said it was doing all it can to guarantee quality.

The brand had a strong start to the season, with 50,000t of apples (28 per cent of stock) sold by the end of the second week of harvest.

Pink Lady said it had enjoyed particularly strong sales in the Netherlands, France and the UK, with the brand also faring well in Sweden, Hungary and Finland, which are emerging markets for the company.

The variety’s children’s brand Pinkids is on the up, with volumes up 48 per cent year on year. Pink Lady put this down partly to a new marketing contract with animated comedy film Hotel Transylvania 3.

“The situation is globally well controlled, thanks to the powerful surge in our trade marketing operations, including a six per cent increase in in-store operations at the launch of the season,” said a Pink Lady spokesperson.

In particular, there has been a rise in tastings, games aimed at consumers and in-store incentives to promote the arrival of new-season apples in shops and highlight local provenance in producing countries.

Pink Lady said it was looking forward to Valentine’s Day, a major sales opportunity for the brand, and it plans to distribute melliforous (honey-producing) flower seeds as part of a ‘Seeds of Love’ campaign designed to show its commitment to conserving biodiversity.

In addition, the brand will continue with its Bee Pink awareness campaign to protect pollinators, and in France and Germany it will launch an initiative encouraging consumers to adopt a Pink Lady tree. In return, those consumers will receive up-to-date harvest information and get the chance to take part in the harvest in the autumn.