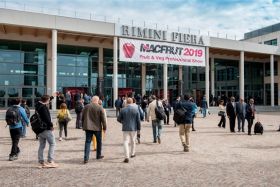 "We have brought forward a decision that can no longer be put off with the worsening of the coronavirus emergency," Macfrut president Renzo Piraccini told Italiafruit News, adding that it was important "to communicate promptly and responsibly to the international exhibitors who had signed up, some of which came from Africa".

"The safety of visitors and exhibitors is our top priority," explained BioMesse organiser Wolfram Müller, who added that postponement rather than cancellation was the goal for both fairs.

"At this point in time, it is clear that acting responsibly means that the events cannot be held in April," added his colleague Matthias Deppe.