Ahead of the annual EU crop forecasts, WAPA secretary general Philippe Binard talks to Fruitnet about the upcoming season 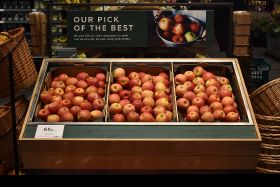 Covid-19's impact on the practical side of things has also been a factor, Binard suggests. "I don’t think there has been huge pressure from Southern Hemisphere countries, because there have been a number of logistical constraints regarding controls and social distancing measures in those places," he says. "There have been issues with containers too. All of that has played a role and affected the volume. It’s still a bit early to know the exact figures, but probably the volume which came from the Southern Hemisphere will not be at the peak for this year."