Alliance aims to restore, expand and protect forests and ecosystems in country where paper packaging giant manages 68,000ha of woodland 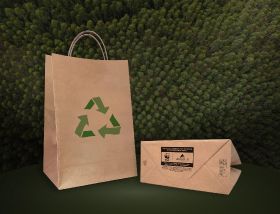 One of the world’s largest paper packaging companies, Smurfit Kappa, has announced a new alliance with the World Wildlife Fund (WWF) in Colombia aimed at improving the protection and conservation of forests in the country.

Under the new partnership, the two organisations will work together to restore, expand and protect forests and ecosystems that are the habitat of several species of flora and fauna.

Alvaro Jose Henao, chief executive of Smurfit Kappa Colombia, said: “We are proud to be working with WWF Colombia to protect forests, mangroves, flora and fauna in the country because we both recognise how vital they are to our existence.”

The Dublin-headquartered packaging giant, which operates in 35 countries and is a leading supplier to the fresh produce market, said this will be done in three main ways: through continued promotion of sustainable practices within the forestry industry, increased surveillance systems to crack down on illegal logging, and working closely with Colombian national parks.

More than half of the South American country is covered by forests and Smurfit Kappa has forestry of 68,000 hectares, of which 43,000 are renewable commercial plantations and the remainder are protected natural forests, it said. There are 41 endangered species, including the Andean bear, in the Colombian natural forests that Smurfit Kappa is the custodian of.

Its partnership will see the use of WWF’s iconic panda on commercial paper bags produced by Smurfit Kappa Colombia.

The company said its paper bags, which are manufactured using virgin paper from renewable wood sourced from commercial forestry plantations, are 100 per cent recyclable and biodegradable and have FSC certification.

Commenting on the new alliance, Sandra Valenzuela, COO of WWF Colombia, said: “Since 1961, the WWF has worked to develop innovative solutions that protect people, communities and wildlife so we are delighted to have formed this partnership with Smurfit Kappa Colombia.”

WWF is one of the leading global conservation organisations with six million members and operations in more than 120 countries across the world.