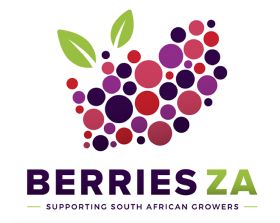 South Africa’s berry industry body has decided to rebrand itself as BerriesZA after operating as the South African Berry Producers Association (SABPA) for some years.

“In recognition of the industry’s growing strength on the world stage, we have decided to relaunch the South African Berry Producers Association (SABPA) as BerriesZA," confirmed Justin Mudge, the group's chairperson.

The growth of the South African berry industry over the last five years is regarded as one of the country’s great agricultural success stories.

Mudge said he believed the South African berry industry was poised to become a major force in the global market due to the superiority of the country’s fruit compared with berries from other countries.

“South African blueberries are globally renowned as some of the highest quality in the world. By 2024, we aim to have increased production to 62,000 tonnes and exports to 44,000 tonnes," he added.

"To achieve these goals, we will be focusing our efforts in the coming years on gaining access to new markets, primarily in the Far East, where demand for South African berries is high.”