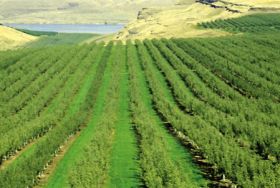 The company said it will be targeting its agronomic decision support technologies toward the US$2.8bn apple and hops producing region which is considered to be one of the most progressive in the world.

“Orders for CropLogic realTime have exceeded management’s expectations and represent a 50 per cent increase on orders from the 2018 season,” said CEO of CropLogic, James Cooper-Jones.

“CropLogic will also open two new sales zones, one to the north and one to the west to gain market share in other key crops in Washington State, including apples and hops, in addition to row crop (potato, onion, carrots) industry in this region, in line with CropLogic’s growth strategy.”

CropLogic launched its product to Washington State in 2017, and since has gained ground serving a significant portion of the horticultural growers in the region. The product uptake is as high as 30 per cent in some crops, the company said, and following growth in Washington State and north Oregon in 2018, it expanded reach to the state of Idaho.