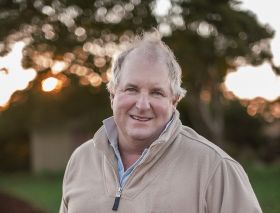 Ausveg has announced the appointment of Tasmanian vegetable and potato grower Michael Radcliff as a grower director on the Ausveg board.

Radcliff will replace potato and onion grower David Addison, who is stepping down after serving nearly ten years on the board of the industry body, including three years as deputy chair.

Along with his wife Heidi, Radcliff owns and runs Rhebanvale, a family-farm based in Wesley Vale, Tasmania, that grow a variety of vegetable products, including potatoes, broccoli, peas, beans, carrots and onions.

He currently serves on one of two Hort Innovation strategic investment advisory committees for the vegetable industry.

Bill Bulmer, chair of Ausveg, said Radcliff will be a welcome addition on the board as he has a wealth of on-farm and broader industry experience and a proven track-record of working with other growers and associations for the betterment of the entire industry.

“Tasmania is a major producer of high-quality vegetables for the local and international fresh market, as well as the processing market, and it is important to have a strong local advocate to raise important issues that affect the many potato and vegetable growers in the region,” said Bulmer.

“As a successful business owner and proven industry advocate, Michael will be a perfect addition to the Ausveg board. On behalf of the board and the Ausveg team, I congratulate Michael on his appointment and look forward to working closely with him to advocate for the Tasmanian vegetable industry to ensure their growers can be more productive, competitive and profitable.”

Bulmer also thanked Addison for his many years of service to the industry during his time on the Ausveg board.

“David has provided insightful and well-considered advice to myself and the rest of the Board for nearly a decade, and his contributions on behalf of the Tasmanian vegetable industry have been important as Ausveg and the wider industry has grown in size and influence over the last ten years,” Bulmer said.