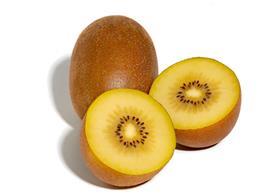 Zespri has signalled its intention to refine a proposal for a commercial trial of Gold3 (G3 marketed as SunGold) kiwifruit in China before it puts the plan to growers for approval.

The trial is part of a multi-faceted approach from the marketer to address the issue of unauthorised plantings of the variety in the Asian country, according to Carol Ward, chief grower, industry and sustainability officer ofZespri.

“We believe that this trial will help us assess whether a commercial model in the future would help mitigate the risk associated with the rapid spread of unauthorised G3 kiwifruit in China,” said Ward.

Zespri submitted a prior notice application for the three-year trial to government-appointed regulator Kiwifruit New Zealand (KNZ) at the end of 2020 as part of the required regulatory process. Under the proposal the trial involved up to 1.95m trays, a select group of growers and annual reviews.

In January 2021 KNZ provided its response to the proposal and noted the plan was likely to enhance performance of Zespri’s core business, passing the first of two regulatory tests.

However, in KNZ’s view the plan did not pass the second regulatory test in that the three-year trial posed ‘more than a low risk’ to the interests of New Zealand producersand should be referred to growers to determine whether or not they agree to the proposal.

While a proposal can still be approved by a grower vote even if it does not meet the ‘more than a low risk’ test, Zespri has withdrawn the application with the intention of refining and resubmitting the proposal.

In a letter to growers Ward said the process has helped Zespri better understand KNZ’s view of the hurdle of risk to producers.

“We acknowledge this is still a new process for us from the recent regulatory update, and we’re now considering our next steps for progressing the trial, including the potential scope and timeframe, as well as better demonstrating the risk management measures,” said Ward.

“We will continue to work in consultation with growers, KNZ, and New Zealand Kiwifruit Growers as we determine the next steps, including a revised prior notice and/or producer vote during the next several months.

Ward also noted that as part of its consideration of the prior notice, KNZ had said it can’t consider the risks of doing nothing, i.e. letting unauthorised G3 grow unabated.

“We think this trial will help us address that risk, and remaincertain that a commercial trial, testing both the production and sale of Chinese-grown fruit under the Zespri System and brand, is the best way for us to mitigate the impact of the unauthorised plantings,” explained Ward.

“Zespri believes the potential risks identified by KNZ aremanageablewhen assessed in the context of what is trying to be achieved and we also have strong risk mitigation measures in place.

“We know we have a significant challenge on our hands, but we also believe it’s a real opportunity for both New Zealand and Chinese growers, should the trial proceed and prove successful.”