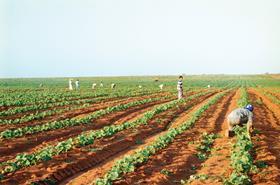 Honduran exporters are awaiting the all-clear to begin shipments of melons to Japan after president Juan Orlando Hernandez announced that the government was working on market access.

“Soon we will be announcing that the first containers of melons will be entering a market as demanding as Japan. We are working on this,” Hernandes said, according to La Prensa.

“Honduran melons are being exported to nine countries around the world and now the necessary efforts are being made to enter Japan. Melons from Honduras are categorised as one of the highest quality fruits overseas,” Ilsa Diaz Zelaya, director of the Federation of agro-exporters in Honduras (FPX) said.

The biggest export markets for Honduran melon producers are the US, the Netherlands and the UK, with more than 250 tonnes exported from January to June this year, according to the Central Bank of Honduras.