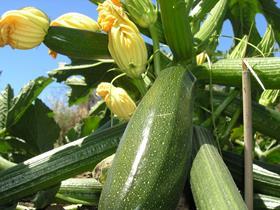 Vegetable growers in Almería are forecasting a strong spring campaign after a fall in production during the winter months.

Antonio Algarra, head of procurement at Agroponiente Group, said field crop volumes were down 20 per cent in December and January due to this winter’s unseasonably low temperatures.

As a result, harvesting of spring crops is likely to be higher than usual due to more vigorous plant growth.

“Long-cycle crops that end in April will increase their productivity from February and into March because although the cold snap caused a hiatus in productivity, it did no great damage to plants,” he explained.

Courgette production is expected ramp up in the coming weeks, to the detriment of tomatoes, while growers anticipate a similar volume of Lamuyo and Italiano peppers to last year.

Meanwhile, melon and watermelon output is believed to be at similar levels to previous years, with the first volumes coming on stream in mid- to late April.

Agroponiente noted that plantings of the speciality Snow Ball melon variety and mini watermelons will increase significantly this season.