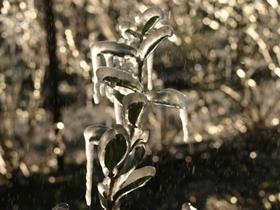 On Friday 7 May, the Assembly of European Horticultural Regions (Areflh) sent a letter to European commissioner for agriculture Janusz Wojciechowski calling for an 'institutional reaction' to the serious damage suffered by the fruit and vegetable sector after frosts hit last month.

In addition to activating the crisis reserve provided for by regulation 1306/2013, Areflh also proposed increased aid for expenditure on frost-free and frost warning systems, and a single regulation to guarantee, in the calculations of the Fruit and Vegetable CMO Operational Plans, 85 per cent of the value of marketed production of the crops affected in case of events causing a depreciation of at least 15 per cent.

The assembly also suggested the setting up of mutualisation funds aiming to limit the damage caused by frost in a forward-looking manner.

'Last April’s frost affected all Areflh member regions on a large scale, causing very significant damage,' confirmed Simona Caselli, president of Areflh. 'We are thus voicing the concerns of our producers and have decided to take an active role at the European Commission’s DG Agri, putting forward some specific proposals that, based on current regulations, we believe can bring concrete and timely aid to the farmers that have been so badly affected.

'Unfortunately, climate change is a reality that we are all committed to combating with sustainable good practices and innovation, but it also requires an adjustment of the tools to provide effective support to producers whose crops have been so badly damaged,' she added. 'While waiting for the new Cap rules currently under discussion at the Trialogues, we have asked commissioner Wojciechowski – who has also recently spoken out in favour of European aid to affected farmers – to give an immediate signal to the sector by adopting all the support already possible: we therefore hope for a positive and timely response to our proposals.'