Ronald Bown presented his last set of public accounts before his retirement from Asoex, the Chilean fruit exporter union he has presided over for more than 30 years, in Santiago this week. 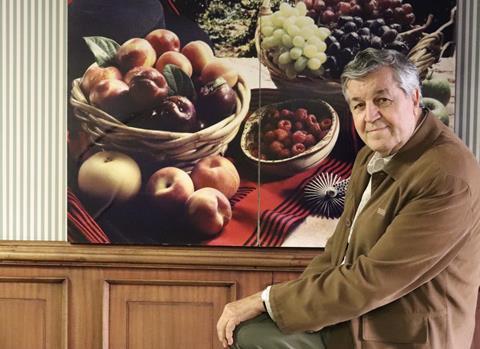 During the meeting, which was attended by former Chilean president Eduardo Frei, Agriculture and Economy Ministers Esteban Valenzuela and Nicolás Grau, along with Chinese ambassador to Chile, Niu Quingbao, Ecuadorean Agriculture Minister Bernardo Manzano and various other dignitaries and representatives of the Chilean fruit sector, Bown highlighted the work done in recent years to position Chile as the main Southern Hemisphere fruit exporter.

He also praised the effort of private companies in collaboration with successive governments to open up new export markets for Chilean fruit.

Regarding the future challenges facing the industry, Bown highlighted the importance of advancing production and sustainability initiatives at a social, environmental and economic level.

He also urged the trade to find solutions to unblock the logistical conflict that has hit agribusiness and the entire country this year.

Iván Marambio, who will assume the presidency of Asoex from 1 September, echoed Bown’s calls for unity, of public-private dialogue and inclusive growth.

“Today we have a fruit season upon us, the challenges are enormous and I hope that the characteristics of Asoex that I have admired will be maintained and increased,” Marambio said.

“First, teamwork, unity, including communities, trade associations, social organisations and companies so that together with the government we can work collaboratively achieving public-private agreements. Secondly, encouraging fair play while respecting the regulatory framework and promoting growth.”

Frei, meanwhile, spoke of the work done by Asoex with successive governments to position Chile on the global market and secure trade deals for the fruit sector.

“A network of 31 free trade agreements in force today has been built in 64 countries that represent no less than 63 per cent of the world population and 86 per cent of global GDP,” he said.