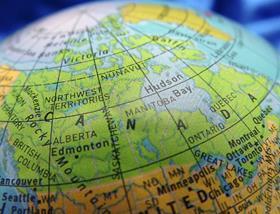 Canada was the leading non-EU export market fo Spanish fresh produce through the first two months of the year, according to data from the General Directorate of Customs, processed by Fepex.

The North American nation took on 16,587 tonnes of fruit and vegetables in January and February, at a value of €18.7m.

Canada was also the leading non-European destination for Spanish fresh produce in 2018, with exports up 36 per cent on 2017 to €93.4m – driven by the Global Economic Trade Agreement that came into force in September 2017.

After Canada, the US was the second-placed non-EU country for Spanish imports in the first two months of 2019, bringing in €13.6m of fresh produce, up 95 per cent on the same period of 2018.

Brazil also registered a positive performance, with year-on-year growth of 8 per cent in value at €8.7m.

Total Spanish exports to non-EU markets rose to €96.6m for the two-month period, 4 per cent of Spain's overall fruit and vegetables exports of €2.63bn.