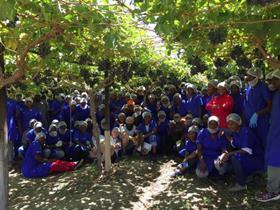 “In 2017 a field pack operation was launched at the new development and there are now 80 packing stations in the vineyard, where around 320,000 cartons are being packed this season.'