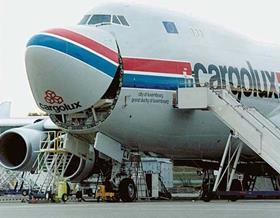 Europe's largest all cargo airline Cargolux has outlined details of its new Chinese airline, which will launch with three Boeing 747 aircraft on transpacific and intra-Asia routes, then expand to five freighters within three years, reports Air Cargo News.

Cargolux president and chief executive Dirk Reich, speaking in Luxembourg at the welcoming ceremony for the European cargo airline's 13th B747-8F, told Air Cargo News that the trio of freighters for the joint venture (JV) with the Henan government in China would be either new or second-hand 747s.

The aircraft for Cargolux China, the joint venture's working title, would be in addition to the parent carrier's 25 freight fleet, based in Europe, the report said.

The JV's start date is yet to be set, but Reich told the publication that the initial focus would be on transpacific routes between the US and China, accounting for up to 80 per cent of the business, and the remainder intra-Asia.