Carrefour back in Greece after ten-year hiatus 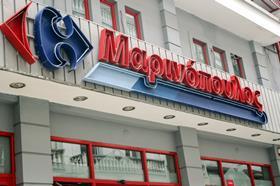 French retail giant Carrefour has announced its return to Greece, a decade after it exited the country in the wake of the Greek debt crisis.

The group said it had signed a new franchise deal with Retail & More, a subsidiary of AVE-owned TeleUnicom, with the aim to 'relaunch the banner in Greece and offer Carrefour products to Greek customers and tourists'.

According to local reports, the venture will focus primarily on small-scale retail formats by working with local operators.

'The Carrefour brand and products are well known to Greek customers and we are very excited to bring them the best of Carrefour,' said Patrick Lasfargues, executive director of international partnerships at Carrefour.

'TeleUnicom will give us the best platform to enter this market quickly and efficiently. By setting up in Greece in 2022, Carrefour Partenariat International maintains its strong development dynamic in new geographies.'

Vasilis Stasinoulias, who served as chief executive of Carrefour-Marinopoulos from 2008-11, will lead the new partnership.

'We are very happy to relaunch the Carrefour brand in Greece. Greek consumers will have the opportunity to experience Carrefour's omnichannel ecosystem, which offers quality products and services accessible to all.'

Following the country's sovereign debt crisis, however, it withdrew from the partnership in 2012.