As it releases the first estimates for the 2022/23 crop, Asoex unveils strategy to improve sector’s competitiveness

Chile’s table grape industry has launched a strategic plan to boost its competitiveness on the international market. 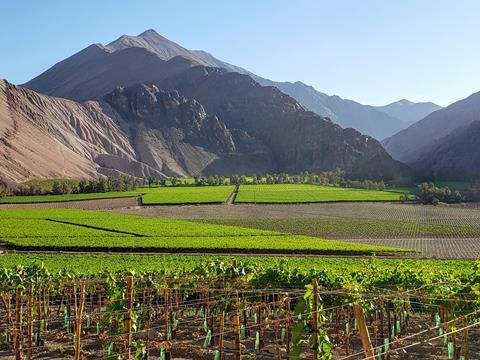 The strategy is built on three pillars: to lead, coordinate, unite and communicate within the sector; improve the condition of the fruit and increase competitiveness.

Details of the plan were released at the same time as the preliminary forecasts for the 2022/23 harvest, which pegs the crop at 70.6m (8.2kg) cartons, a fall of 5.1 per cent compared to last season.

“Last season was one of the most complex for the Chilean fresh fruit industry. With this plan we aim to recover the competitiveness and quality of our industry,” said Caballero.

“We will achieve this by working together and being committed as a sector. Chile continues to be the main supplier of table grapes in the world, and for this reason, the plan is key to moving forward.”

In order to achieve its three strategic pillars, the committee has set out 16 initial points of action. These include setting up a forecasting service to up-to-date information on export volumes as the season develops, which has already delivered the initial estimates for the 2022/23 crop.

Caballero said the plan is to release at least four estimates during the season, the second of which is due on 21 October, the third at the end of November and the fourth at the end of December 2022.

These estimates are based on information provided by 40 companies, which together represented 68 per cent of Chile’s total export volume last season.

“In this first estimate, we expect to export 70.6m cartons of grapes, a figure which, although 5.1 per cent down on last season, shows fruit of a good size and sweetness,” he said.

Regarding varieties, Marambio pointed out that shipments of new varieties are expected to exceed 36m cartons, while traditional varieties will account for around 22m cartons and Red Globe for an additional 12m cartons.

“Our estimate shows that the Chilean table grape industry is betting on producing new varieties, which not only have a better reception in the destination markets, but also ensure a better condition of arrival at the destination, and thus respond to the demands of the market and consumers,” Marambio said.

In terms of colour, this first estimate suggests a significant volume of red grapes (excluding Red Globe), exceeding 28m cartons, which are highly demanded by markets such as the US and Asia. Green varieties are set to top 23m cartons, followed by black varieties with just over 6m cartons.