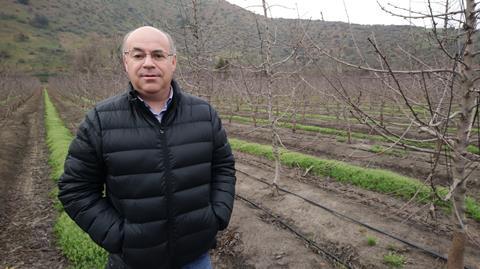 The survey, which polled more than 300 companies from the country’s main producing regions, reveals growing disquiet among producers that they will not be in a position to finance their operation as the start of the new campaign approaches.

Fedefruta’s president, Jorge Valenzuela, said the sector faces “a collapse worse than the cyanide grape crisis of 1989”, when grape shipments to the US were banned following allegations that a consignment had been injected with cyanide.

“The situation shows a very severe lack of financing, and many producers do not have a way to start the 2022/23 campaign, because they have not received the expected income before this entire crisis,” he said.

Fedefruta has been warning for months of the serious situation facing fruit growers due to logistics disruption and soaring costs.

The survey showed 90 per cent of the companies polled had sustained a loss in the previous season, with only 2 per cent saying they had experienced no major complications, and 7.2 per cent stating that they still didn’t know if they had broken even or not due a lack of information.

“We have been warning since March about the impact of logistical delays, and the consultation we carried out revealed that 64 per cent of producers saw the condition of their fruit seriously compromised due to delays in reaching the destination ports,” Valenzuela continued.

The survey revealed that problems with internal logistics are just as much to blame for the crisis as the global situation.

“Just 19 per cent of respondents said they had experienced no shipping problems at Chilean terminals – something we must take note of if we want to ensure that the situation does not repeat itself in the coming season,” Valenzuela said.

Companies having difficulty securing spaces on the ships, services being cancelled at the last minute, a failure in the delivery of containers and fruit being diverted to northern ports due to the lack of capacity in Valparaíso and San Antonio were among the issues cited in the survey.

Half of the respondents said they had experienced a deterioration of 30-60 per cent in the condition of their fruit due to the disruption.

This is why Fedefruta recently met with the Ministry of Agriculture and other parliamentarians to petition for a change in the law giving priority to imports and exports of perishable goods during the production season.

“There are producers who did not receive their settlements for the loss of their fruit, especially table grapes, blueberries, stonefruit and apples, and if you add the fact that debts for the purchase of supplies rose due to the dollar issue, we find ourselves in a critical liquidity situation,” Valenzuela said.

Fedefruta said 90 per cent of respondents reports a shortage of financing, with only 31 per cent being able to obtain some working capital ahead of the new season. Many said that banks are more reluctant to provide loans.

The union said it had shared the results of the survey with the government and hoped to set up a meeting with the Treasury and leading banks to find solutions to the crisis.