China announces tariffs on US fruit 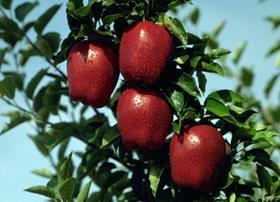 China has announced proposed tariffs on US goods worth US$3bn – including a 15 per cent duty on fresh fruit and nuts – in response to US levies on Chinese steel and aluminium imports, according to various reports.

If the tariffs come to fruition, they could make trade difficult for US fruit exporters to China, pundits said.

China is the largest importer of cherries from the US state of Washington, taking 3m cartons in 2017, while it is also a top five market for the state's apple suppliers.

Washington Apple Commission president Todd Fryhover told the Yakima Heraldthis week that the apple industry was keen to avoid a repeat of a similar scenario in 2010, which saw Mexico impose a 20 per cent tariff on Washington apples following a dispute over trucking.

China responded to news earlier this month of President Trump’s planned steel and aluminium tariffs by saying that, while it did not want a trade war, it was 'absolutely not afraid' of one, the BBC said.

'If things get very nasty, they can make life very difficult for US companies doing business in China,' Deborah Elms, executive director of the Asian Trade Centre in Singapore, told the BBC.

Fears of a trade war today pushed Asian stock markets down sharply, with shares also trading lower in Europe and the UK on the morning of Friday 23 March.

Trump's aluminium and steel import tariffs are a response to allegations of intellectual property theft by China, and a desire to boost local employment in the US.

The US president has railed against the US trade deficit of about US$375bn with China. He said he had asked the Asian country to cut that deficit by $100bn 'immediately'.