Citrus crop down in Northern Hemisphere 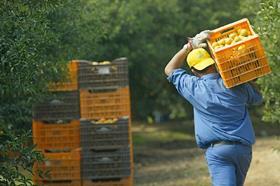 Citrus production across the Northern Hemisphere will fall by 2 per cent to 21.4m tonnes during the 2008/09 season, despite a significant increase in Spanish production.

That's the verdict of Freshfel, the European fresh produce association, which has released its citrus production forecast for the upcoming season.

Freshfel's report also highlighted the key factors for successful development of the export campaign during 2008/09, including improved colouration and size, market demand and consumption trends in a difficult economic climate, and market access conditions to Russia.

Separately, Freshfel and SHAFFE (Southern Hemisphere Association of Fresh Fruit Exporters) released updated figures for exports of Southern Hemisphere citrus to the European Union, with exports this year totalling 1.16m tonnes – an increase of 8 per cent.