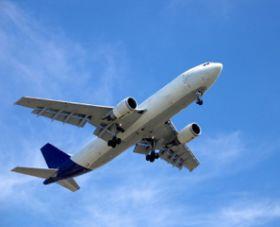 Global air cargo traffic surged in February as a result of the timing of Chinese New Year, coinciding with congestion at US West Coast Ports, according to the International Air Transport Association (IATA).

Air cargo traffic increased 11.7 per cent in February this year compared to February 2014, marking one of the strongest months for air freight.

“A combination of factors made February the strongest month in a very long time for air freight. Nobody expects growth to continue at this pace,” said IATA CEO Tony Tyler, adding that as business confident improved and trade continued to grow, there was room for an optimistic outlook for the year ahead. “The year is shaping up in line with a growth expectation of 4-5 per cent.”

With the Chinese New Year falling later than usual on the 19 February, air cargo shipments were given a boost in the weeks leading up to the festive period with Asia Pacific carriers seeing a 20.8 per cent growth in cargo compared to the year before.

European airline growth sat a 1.1 per cent, with the IATA citing Russian sanctions and an economy in “doldrums” for the lack of demand for air cargo.

“The prospect of strengthening air freight growth in 2015 gives an added incentive to the air cargo industry to invest in new procedures and facilities,” said Tyler.