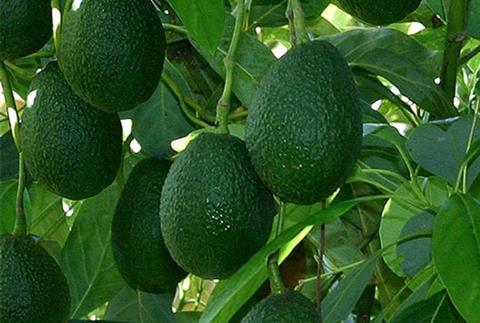 Over the years, we’ve talked a lot about the expansion of new and existing avocado growing areas around the globe. There has been a lot of change where avocados are grown and where they are marketed. The one constant is growing demand.

The California grower holds the home field advantage in one of the highest value avocado markets in the world, North America. We are also seeing a strong following for California avocados in key Asian markets, like Japan, Korea and Malaysia. Customers in all these markets are looking for California to fill their growing demand.

As a quick update, let’s take a look at some of the major competitors of the California growers in 2015.

Mexico is in the early stages of a larger crop. Currently Mexico has a little over 212,000 acres that are certified to be part of the US programme. Current estimates are for about 1.4bn lb (635,000 tonnes) to be shipped to the US market from July 2014 to June 2015. Keep in mind that 75-80 per cent of that will be harvested between September and April.

We don’t expect to see too much fruit from Chile in the next 10-12 months. Being a light crop (off year and continued drought) and [with] an ever-growing demand within their domestic market, the Chilean market is the best-returning market to the growers. As every year, there will be some small volume to a few large retailers in an effort to keep some presence within the market.

Of course Peru is the newest supplier to the US market and has had the most impact recently. 2014 was an important learning experience for Peru in every market they market to. The early projections are for about 220m lb (997.9 tonnes) to arrive between mid-May and mid-September 2015.

There are estimates of higher volumes, but it is too early to speculate on the exact amount until the crop actually sets over the next few months. Also we should remember that Peru has a strong customer base outside of North America. Europe’s largest supplier is Peru and it’s growing. China will be opening soon for Peruvian avocados. And Chile has become a newly opened market for Peruvian avocados and Chile is the second largest per-capita consumer in the world.

What we do know is, the landscape has changed for the California grower. As mentioned, California has a strong reputation amongst the global customer base. But it is very important that growers adapt to current realities. Demand for California fruit in parts of Asia for instance is now starting in late winter into spring. Cinco de Mayo promotions have developed into one of the highest consumption periods of the years. These type of programmes are creating different windows of opportunity for the growers.

So we recommend staying close to your Mission field representative and developing a harvest/marketing plan to feed demand and maximise returns. We still continue to be confident in the California avocado business and believe there is a great future ahead.