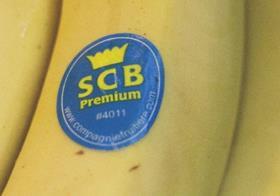 The move follows strong developments by the company on the German market in recent years, with the new structure aiming to serve the company’s customers in Germany as directly as possible and strengthen its presence on the market through closer customer contact.

The distribution network will apparently develop the marketing of the SCB and SCB Supreme brands, as well as the group’s products, including bananas, pineapple, mangoes and lychees.

Compagnie Fruitière is the leading ripening network in Europe, handling 600,000 tonnes of ripened bananas a year at 21 distribution sites.

The company's bananas, including leading brand SCB Premium, are grown on the group's farms in Côte d'Ivoire, Cameroon, Ghana and Ecuador.

Hamid Gholami, representative of the new Compagnie Fruitière Deutschland structure, is based in Hamburg.