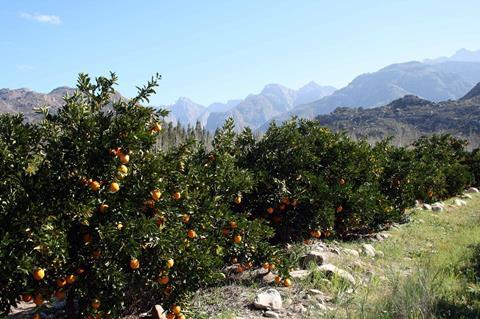 The steep growth expected in South African citrus production over the next decade could be problematic if the past year’s pattern of lower shipments continues.

In announcing the results of the 2022 season, Justin Chadwick, CEO of the South African Citrus Growers’ Association (CGA), said the smaller increase in fruit shipped this season was a particular concern in the light of the ten-year forecast.

The CGA had previously announced that its growers packed 164.8m cartons for shipment to global markets in 2022, an increase of 3.2m cartons compared with 2021 but some 5.7m cartons below the pre-season forecast.

Chadwick said if the ten-year forecast was achieved, the industry could potentially sustain a further 100,000 jobs and generate an additional R20bn in annual revenue, taking its total contribution to 240,000 jobs and R50bn in revenue.

There is however an important requirement – key markets and logistical infrastructure must be secured and optimised to absorb this increased growth.

“The CGA remains committed to working with the South African government to optimise, secure and retain as many market access opportunities as possible to ensure growers can export their fruit at good returns,” Chadwick outlined.

”Key markets that offer major potential for expanded access and require particular attention ahead of the 2023 season are the United States, India, China, Japan, Vietnam and the Philippines.”

Addressing some of the astronomical costs faced by growers was another priority, Chadwick confirmed. “The significant shipping price hikes that has seen freight costs increase by over 150 per cent over the past two years, have had a devastating impact on growers’ profit margins, putting many of these local businesses at risk.

“This is why the CGA has commissioned a project with other fruit sectors to investigate options to bring about structural change in the shipping environment to control freight rates and improve service delivery,” he outlined. ”The early indication of a normalisation of container movement seen around the world should also bring about a balance in container supply and demand and some relief in shipping rates in 2023.”

While there have been some short-term improvements at the country’s ports because of interventions by Transnet during the 2022 season, the expected annual increase in containers of fruit being shipped from South Africa over the next few years could put a major strain on the ports if ongoing infrastructure and operational issues were not addressed.

“The CGA therefore remains committed to working with Transnet and other stakeholders during the upcoming 2023 season to identify any issues at the ports and come up with solutions to resolve these,” Chadwick said. ”The fact that the process to bring in public-private partnerships into Durban and Ngqura ports remains on track and could be concluded early next year is extremely positive. It is critical that similar partnership opportunities be explored for Cape Town port.”

While it is clear that the challenges faced this season had squeezed growers’ profit margins and continued to threaten the future profitability and sustainability of the industry, the CGA said it hoped to work with government and other value chain partners to ensure the sector not only survived over the short-term but ”remained the number one South African agricultural exporter and top agricultural employer in years to come”.