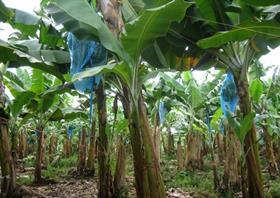 Costa Rica expects its banana shipments to return to normal by 2010 following a drought and heavy floods last year.

Total exports from the Central American nation are set to reach 95-96m boxes in 2009, according to the country’s National Banana Corporation (Corbana), a decrease on the 103m boxes shipped last year.

“Depending on the weather, we may recover some more volume, but, at the moment, production is down by 5-7 per cent and we believe exports this year will fall by 6m-8m boxes in comparison to normal,” Jorge Sauma, CEO of Corbana, told Fruitnet.com.

“At the beginning of 2008, some plantations suffered a drought and by the end of November Costa Rica experienced one of the worst floods in a very long time,” Mr Sauma added. “After the deluge, Corbana set up an emergency plan to open up credit lines and provide technical assistance to growers, while the government has been responsible for helping to repair infrastructure. We’re pleased with the recovery so far.”

During the first semester of 2008 (February to April), exports fell by 9.4 per cent to 52m boxes, down from 57m boxes during the year-earlier period.

Despite the shortfall, Corbana recorded a 2.3 per cent increase in export value last year to a record US$674.2m.