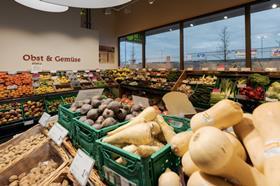 Freshfel Europe has highlighted the current 'unprecedented business conditions' that the fresh produce sector is currently operating in, highlighting the strain placed on the business by Covid-19 and the war in Ukraine.

While the sector demonstrated its resilience during the two years of the Covid-19 pandemic, the moving out of the pandemic situation had led to an 'unprecedented rise' of costs throughout the supply chain, reaching an 'unsustainable level' for the sector,' Freshfel continued.

In early January the sector was further hit by the Belarussian embargo, which was a prelude to the Russian invasion of Ukraine.

From a fresh produce perspective, the latest developments have far-reaching implications for the sector that Freshfel Europe is closely coordinating with its members and with the European Commission.

In this respect, Freshfel Europe has been appointed to the new European Food Security and Crisis Preparedness Expert Group of the European Commission for agricultural markets.

Freshfel Europe said it was closely coordinating the sector perspective for the Market Observatories and Civil Dialogue Groups of the European Commission to voice the concerns of the European fresh fruit and vegetables sector.

The association is also actively involved in the newly created global coalition of the lead fresh produce associations around the world to address rising costs and the disrupted supply chain.

In the past months, as the economy was resuming after the pandemic, the rising costs of production input, energy and logistics were becoming a priority concern and seriously impacting the competitiveness of production.

This is one of the 'dominating concerns', Freshfel outlined, considering that more increases are still expected in the coming months, particularly for energy and fertilisers.

'For the fresh fruit and vegetables sector, the combined effects of these increases represent an additional cost of close to €10bn per year,' he continued. 'Besides this, logistics costs, for local distribution, for intra-EU exchange as well as for long distance sea or air transportation also raises the costs of produce significantly.

'Freshfel Europe is estimating the total logistics additional charge of close to €4bn for the European fresh produce sector. This does not include other collateral logistics consequences of delays or merely the lack of availability of containers leading to missed businesses opportunities.”

According to Freshfel Europe, the rise of costs will continue given that the outbreak of war in Ukraine is expected to further impact energy costs.

Additionally, financial aspects such as inflation and exchange rate developments are also impacting the sector, with the devaluation of the euro and other European currencies to the US dollar so far by around 10 per cent, which is detrimental for purchases in euros of dollar-led materials and energy.

A decade of trade disruption

On the trade side, Freshfel said that during the last decade the fruit and vegetable sector had 'repeatedly been the hostage of the consequences of geopolitical disputes'.

Several crucial export markets have been suspended, including Russia in 2014, Algeria in 2016, Belarus in January 2022 and now Ukraine.

“For fruit and vegetables it is more than €3bn of business that is at stake every year under these embargos, a turnover that needs to be repositioned,' Binard explained.

'Today, while the consequences of the Russian embargo are not yet fully absorbed, the situation is further exacerbated by the new developments. Given the long-term investments in orchards and market access protectionism by many countries, the challenge of repositioning production in new market outlets is complex, timely and costly.”

Freshfel said that its analysis demonstrated that as the EU fresh produce sector absorbed the major burden of the embargos, several destinations – including allies in the geopolitical instability such as the US, Japan, Australia, South Korea, Turkey and Peru, plus countries with EU Free Trade Agreements – remained 'hermetically closed' for European fresh produce, while access to destinations such as Mexico or Chile remained very limited and under excessive conditions.

India and Southeast Asia remained markets with some potential for growth, despite 'sometimes discriminatory market access conditions' such as the Vietnamese cold treatment requirements.

Since early March uncertainties have also been coming out of Egypt with the introduction of the letter of credit scheme, which could limit shipments which today reach 300,000 tonnes.

The new SPS rules for Great Britain on 1 July remain a point of concern as well, the association said, with the upcoming introduction of phyto control combined with reluctance of the European Commission to remove the redundant marketing standard certificate.

Beyond market access, the export outlook for all European fresh produce is also at stake given ongoing logistics constraints with container shortages and high prices.

The international turmoil in the Eastern European neighbourhood is also raising serious concerns for market stability in the European Union, which could put more pressure on market prices while the costs will continue to rise.

'While the EU supply was already banned almost ten years ago in Russia, then in Belarus and Ukraine, those countries still imported annually about 8m-9m tonnes of fruit and vegetables,' Binard highlighted. 'With the introduction of sanctions and banking restrictions as well as the suspension of traffic by larger container carries, it will probably almost cancel most of the international fresh produce business with these regions.

'The 45 per cent roubles devaluation and economic uncertainties in Russia will make business unreliable and unpredictable for those third countries still aiming at supplying the Russian market. There is therefore a significant concern of volume re-routing to Europe, initially planned for these Eastern destinations.”

Freshfel said it was important that volumes arriving into the EU should be those meeting European quality specifications to maintain well-established business relations.

'Produce destined to the European market should go to identified market recipients with products grown and labelled in compliance with EU safety and quality expectations and customer requirements,' the association confirmed. 'Given the rising costs of production input and logistics, no-one can sustain market instability due to oversupply and declining prices resulting from re-routing.

This season is is fully exposing the fresh produce sector to the consequences of the economic situation for European citizens.

The purchasing power of European consumers has already been noticed by the sector, as consumers are forced to carefully balance household budgets between an increase in energy invoices and budget for food.

“In the past few months this has already translated into a drastic slowdown of fresh produce consumption across Europe,' Binard said. 'In some member states, the consumption was already showing a decline of up to 10 per cent. This is particularly worrying and the debate of the Farm to Fork Strategy was giving expectations to move eating habits towards a more plant-based diet.”

The current situation means that at some points the prices of fruit and vegetables might have to increase at consumer level to compensate for producers who are forced to sell below the costs of production.

“One should be reminded that in the assortment at retail level, fruit and vegetables remain the cheapest diet option, with average price per kg often below €2, while other food categories are well above €10 or even €20 per kg,” Binard noted.

Freshfel said it was exploring a wide range of solutions to accompany growers, traders and retailers in an 'unprecedented complex market environment'.

“Freshfel Europe is well placed to reshape the business perspective for the sector and give new perspective and priorities for the sector in this changing environment,' said Stephan Weist, president of Freshfel Europe. 'We need to find a new balance that combines competitiveness and financial stability for an essential sector with benefit for the planet and health of citizens, while keeping the attractiveness and affordability of the products for consumers.

“This is very challenging but Freshfel Europe with its members is well positioned to look internally in the supply chain and externally with European authorities for tailor-made solutions.”